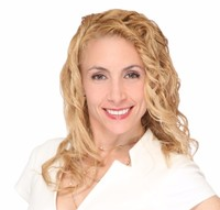 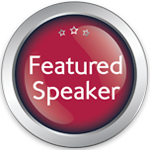 Drones in Healthcare & Beyond

In the medical world, speed is of the utmost importance. Drones are at the forefront of medical innovation for precisely this reason. Unmanned aerial delivery can dramatically increase the speed at which patients receive vital supplies (something African nations have been doing for years).

The technology is still young, but medical drones represent a promising development that can save both lives and money.

An "Uber For Organs"?

The world's first drone delivery of an organ for transplant took place at the University of Maryland Medical Center in 2019. While this delivery is more of a proof-of-concept (the delivery itself was only a few miles), the message is clear: drones can deliver lifesaving organs with speed and safety.

In a world where mere minutes can impact the viability of an organ transplant, that's big news.

Innovators In The Drone Game

Drone delivery is a young field, but several thought leaders are already making big strides. Zipline recently achieved Unicorn status and closed a $190M raise, bringing their total funding to $225M with a $1.2B valuation.

Zipline's HQ is in California, and they operate the world's first nationwide drone delivery system in Rwanda and Ghana. With around 16,000 deliveries to date, Zipline will be expanding to the US later this year, starting with North Carolina. In Africa, they already deliver more than 170 blood products, vaccines, and medical supplies to 22M people.

Matternet, a Silicon Valley-based autonomous transportation innovator, already has drones delivering medical supplies in several Caribbean nations and Switzerland. In Switzerland, they have done over 1,800 flights, including on-demand blood and pathology specimens. With $16M in funding, backed by Boeing HorizonX Ventures, and partnered with the FAA's prototype Unmanned Aircraft System Integration Pilot Program, Matternet is looking to create a world where organ and medical deliveries are available on-demand.

Another American company, Flirtey, is working with the FAA to deliver medical supplies to remote or congested areas via drones.

While not healthcare specific, the biggest news comes out of Google and Amazon. Google Wing, with over 70,000 test flights and 3,000 deliveries in Australia, including delivering cups filled with hot coffee to residents, received Federal approval for the US in April. Amazon announced earlier in June they received a 1-year certificate from the FAA to test in the US, and according to a Jeff Wilke, an Amazon exec, they will start delivering within "months" with drones that have a 15 mile radius and can carry around 5lbs.

The FAA's Integration Pilot Program shows an eagerness to embrace drone delivery for medical and delivery purposes. The program aims to partner the FAA with drone innovators and "hash out" the difficulties in drone integration.

Low-altitude aerial operations have a few potential problems, including:

•         The necessity for advanced ground-to-drone communications

While the technology for medical and consumer drone deliveries are promising in the US, the job is not yet finished. The FAA hopes that its integration program will discover solutions to the above problems.

In the meantime, Australia, Switzerland, Ghana and Rwanda are proof drone deliveries work well to replace deliveries by roads, especially when time is of the essence in healthcare. And if you want an ice cream cone delivered by drone, you'll have to go to Australia - for now that is.

Enter the email address that you signed up with and we will email you a password reset link.

Your session is about to expire.